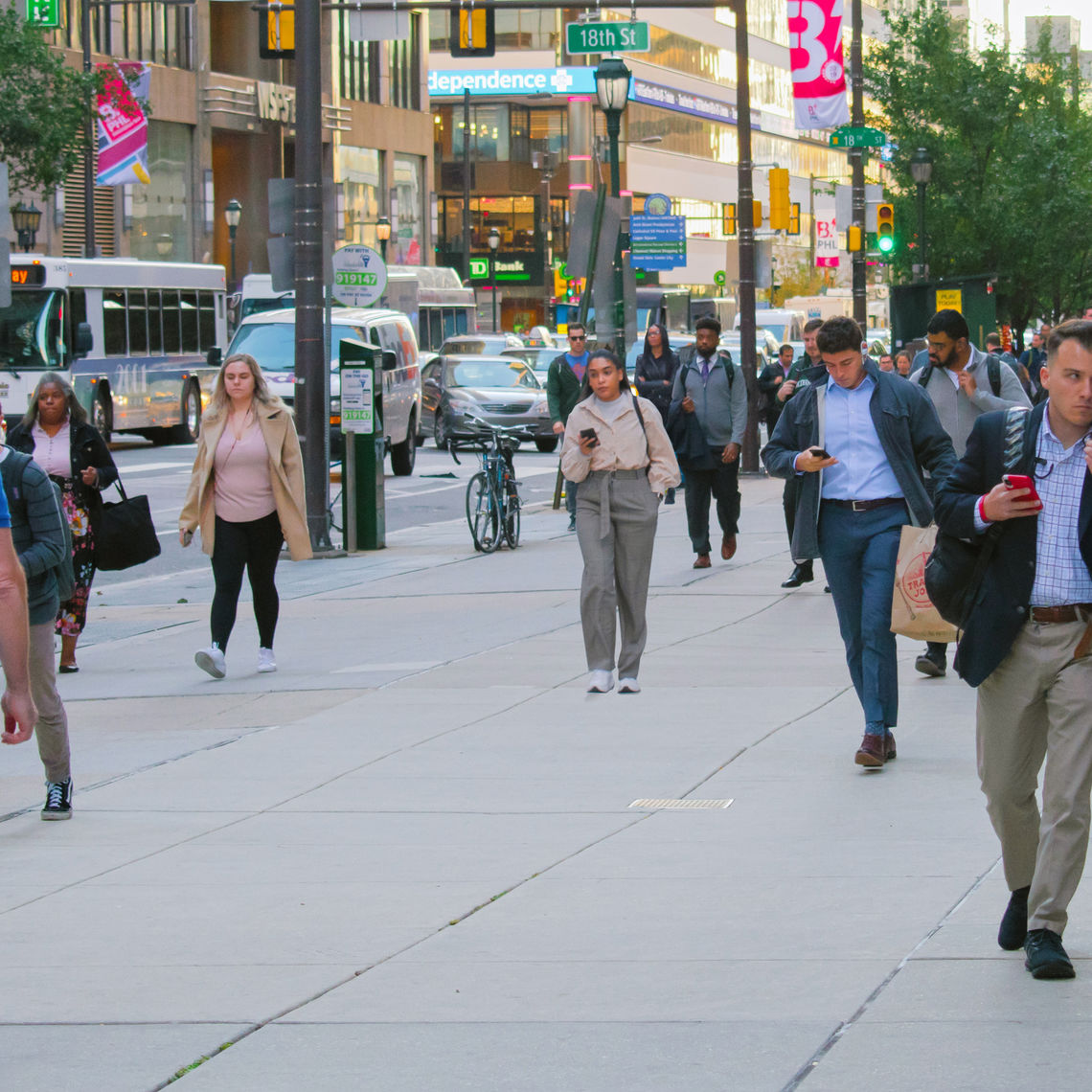 After decades of economic contraction, Philadelphia has added jobs for nine straight years, an unbroken growth streak not seen since the boom years of World War II. However, the city has grown a disproportionately larger share of lower wage jobs than the nation and the 25 largest American cities, according to a new report from the Center City District (CCD) and Central Philadelphia Development Corporation (CPDC).

Philadelphia is growing jobs but they are disproportionately concentrated in lower wage sectors. In a comprehensive look at the employment categories that are expanding in Philadelphia, in the 25 largest American cities, in our surrounding suburbs and nationally, the report finds that since 2009, 60.5% of the jobs created in Philadelphia are in sectors paying $35,000 or less; only 26% are in the $35,000 to $100,000 range, and 13.5% pay $100,000 or more.

Social assistance, food services and drinking places, job sectors that pay an average of $35,000 or less, account for 50% of all new jobs added in Philadelphia from 2009 to 2018.

On one hand, since only 29% of adults in the city have a bachelor’s degree, the robust growth of positions in home health care, individual and family services, administrative support, hospitality, retail, grocery stores and restaurants – all industries in which a college degree is not a necessity – creates many needed, entry-level opportunities. On the other hand, due to the very modest growth in jobs that pay between $35,000 and $100,000 per year, Philadelphia is not creating sufficient paths for upward mobility within the city for those seeking family-sustaining jobs and for recent college graduates.

While the city added jobs between 2017 and 2018 at a faster rate than the largest 25 U.S. cities, Philadelphia’s post-recession jobs rebound over the last decade has been far slower than our peers. From 2009 to 2018, Philadelphia’s average annual job growth places us 23rd of the largest 25 U.S. cities. We are still 23% below our 1970 job levels. The cities of Boston and New York, which also went through a period of decline in the latter part of the 20th century, have surpassed their 1970 job levels.