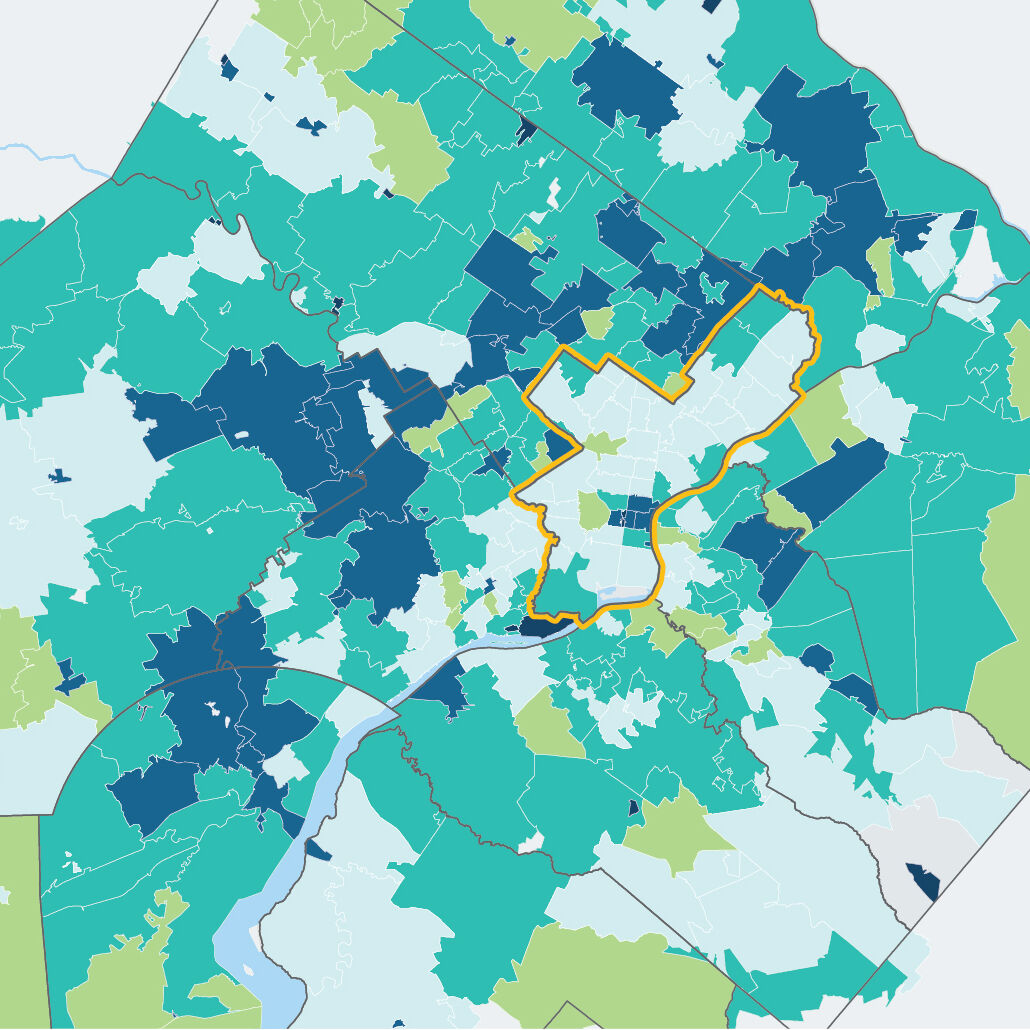 Firing on All Cylinders

Growing Jobs and Small Business by Expanding the Traded Sector

Philadelphia’s next Mayor needs to concentrate the same energy that long has been devoted to conventions, festivals and sports and broaden it to include new initiatives to retain and attract businesses that sell nationally and globally, termed by economists “traded sector” firms. Decades of decline have left Philadelphia with fewer jobs and businesses per resident than comparable cities and our own suburbs. This is a major reason for the city's high unemployment and poverty rates.

In the last three decades, we have also achieved great success: a thriving downtown, a burgeoning University City and Navy Yard, vibrant commercial corridors, world class educational and cultural institutions and surging investments in life sciences.  But the revival is incomplete and limited to only a few portions of the city.

Hospitality, education and health care are our strong suits. However, there are six broad categories of employers who flock to cities and Philadelphia lags in four of them. We are like a six-cylinder car engine firing on only two of its cylinders. As a result, there are not enough businesses located here selling services on a national or global scale, paying family-sustaining wages and driving demand for emerging Black- and brown-owned businesses. Among the 10 largest employers in the city, there is only one taxable, private sector firm. These major employers flourish in peer cities and surrounding counties, but not in Philadelphia. Their absence weakens our tax base, eroding our ability to fund services to solve problems.

In June 2022, Philadelphia City Council reached a new consensus that lower wage and business taxes support the growth of Black- and brown-owned establishments and neighborhood small businesses. But smaller businesses can’t reach their full potential, nor will we generate enough family-sustaining jobs, without taking the next essential step: creating a more competitive setting so medium-sized and larger establishments that sell externally choose to locate and grow here and to contract with local small businesses.

A new report from the Center City District, Firing on All Cylinders: Growing Jobs and Small Business by Expanding the Traded Sector, compares Philadelphia to five other urban areas in United States: Baltimore, Boston, Denver, New York and San Francisco. It documents how Philadelphia lags in many traded employment sectors, but suggests that if we replicate the success achieved by others, we will grow both more family-sustaining jobs and a prosperous network of small, local businesses.

For additional details including related graphics, charts and the full 19-page report, download- Firing on All Cylinders: Growing Jobs and Small Business by Expanding the Traded Sector. Also download Appendix C for all the data that stands behind the report.

For a commentary essay by Paul R. Levy that summarizes the highlights of the report, see "Without More Jobs, Our Future is Limited" in The Philadelphia Citizen.