In managing and programming Dilworth Park, CCD has a long-term commitment to inclusive, local hiring, sourcing and contracting, but we are committing to do even more.

CCD manages Dilworth Park through a long-term lease with the City of Philadelphia, executed in 2011. Given the limits of available public funding and the significant needs in many neighborhoods, the City sought a way to create an improved public space at the center of the city that also serves as a major gateway to public transit.[1] Through the lease, CCD committed to raise $55 million to build and open the park in 2014 and to assume for the next 20 years nearly all costs for cleaning, security, landscape, management of the fountain, irrigation and all other operating systems in the park and in the underground concourse, which provides access to the SEPTA system. The lease enables CCD to cover a portion of the operating costs with revenues generated within the park.

All the improvements, including the existing café and the new Starbucks kiosk CCD is installing at the southern end, are assets owned by the City of Philadelphia and managed by the CCD through its lease. The kiosk created 35 temporary construction jobs and supports 15 long-term staff jobs (4 full time, 11 part time) for Philadelphia residents; interested parties should contact careers@brulee-catering.com for more information.

CCD manages the park both with its own staff and through contracted services. In 2018, 31.4% of contracted service at Dilworth Park was with locally- and minority-owned firms including Scotlandyard (security), Team Clean (also woman-owned), and TUCS Commercial Cleaning Services. Seven days and evenings per week, 365 days per year, CCD maintains the park with 42 full-time workers and 41 seasonal workers at the ice rink and at the café. Combining CCD staff and contracted labor, 90% of full-time workers live in the City of Philadelphia; 83% of all workers live in Philadelphia; 47% of employees in the park are African-American, 10% are Latino, and 6% are Asian.

Performing Arts Groups: The CCD programs our two largest parks - Dilworth and Sister Cities (also leased from the City) – with a range of performing arts groups. In 2018, we invited and paid 86 artists (musicians and dance groups) to perform in Dilworth Park and in nearby Sister Cities Park for 10 different programs consisting of 62 events on 47 days; 78% of the artists were from neighborhoods throughout Philadelphia, the balance from across the region. We engage a variety of local organizations to help find and contract with local talent. These include WMMR and Matt Santry (Friday Night Live), Philadelphia-based Little Giant Creative (Live @ Lunch), RecPhilly, and Dillon Minacci (Blues, Booze and Brews). CCD will expand this process by sharing and promoting their calls for talent through our social media accounts. We have also created a dedicated email parkevents@centercityphila.org, through which interested performers can send through to CCD their professional information that we will forward to our event producers.

Small Business and Local Crafts:  At three times during the year, the CCD works with market managers who organize local small businesses and craftspeople to set up in Dilworth Park. On June 16, 2018, our Fine Art & Crafts Fair welcomed 33 different vendors into the park (41% from Philadelphia and 79% from Philadelphia and surrounding area). Mt. Airy-based Renaissance Craftables curates the selection of local artisans for this annual event. CCD has directed them to broaden their outreach efforts for next year’s fair, seeking more Philadelphia-based artisans. We will promote their calls for participants through CCD’s social media. Interested parties can also use the email parkevents@centercityphila.org to send CCD their information that we will forward to our event producers.

Food Services and Products: In prior years, CCD entered into license agreements for two local entrepreneurs, Capogiro Gelato and Philadelphia Kettle Popcorn, to do business in the park for several months at a time.  To further diversify our food offerings and increase the participation from Philadelphia-based small businesses, CCD has directed Brûlée Catering to expand its outreach to local purveyors. The goal is to bring more locally-sourced products to the park, for sale in the Dilworth Park Café and the Air Grille and during special public events in the park.

Dilworth Park Concourse Digital Screens: In addition to promoting arts, cultural and civic organizations at discounted rates on digital screens on the surface of Dilworth Park and in the concourse, CCD has dedicated two large screens at the underground connecting walkway to Suburban Station as a venue for local photographers and artists to display their work at no cost.

In 2018, the screens carried work from students, alumni and faculty from the University of the Arts, featured photographs of Mural Arts work in neighborhoods across the city, and showed photos from Jonathan Olshefski’s Quest documentary and city views from local photographer Jim Abbott. The CCD is currently working on a process for artist outreach and developing a strategy to present opportunities for even more Philadelphia artists to display on the concourse screens.

[1] A recent study by the Pew Charitable Trusts – based on 2015 data, the first full year the park was open – underscores the importance of public private partnerships for creating successful public spaces. Of the 30 largest U.S. cities, Philadelphia municipal government spends less per capita than 26 other large cities; local government’s expenditure of just $69 per capita was 60% below even the median expenditure of the 30 largest cities. 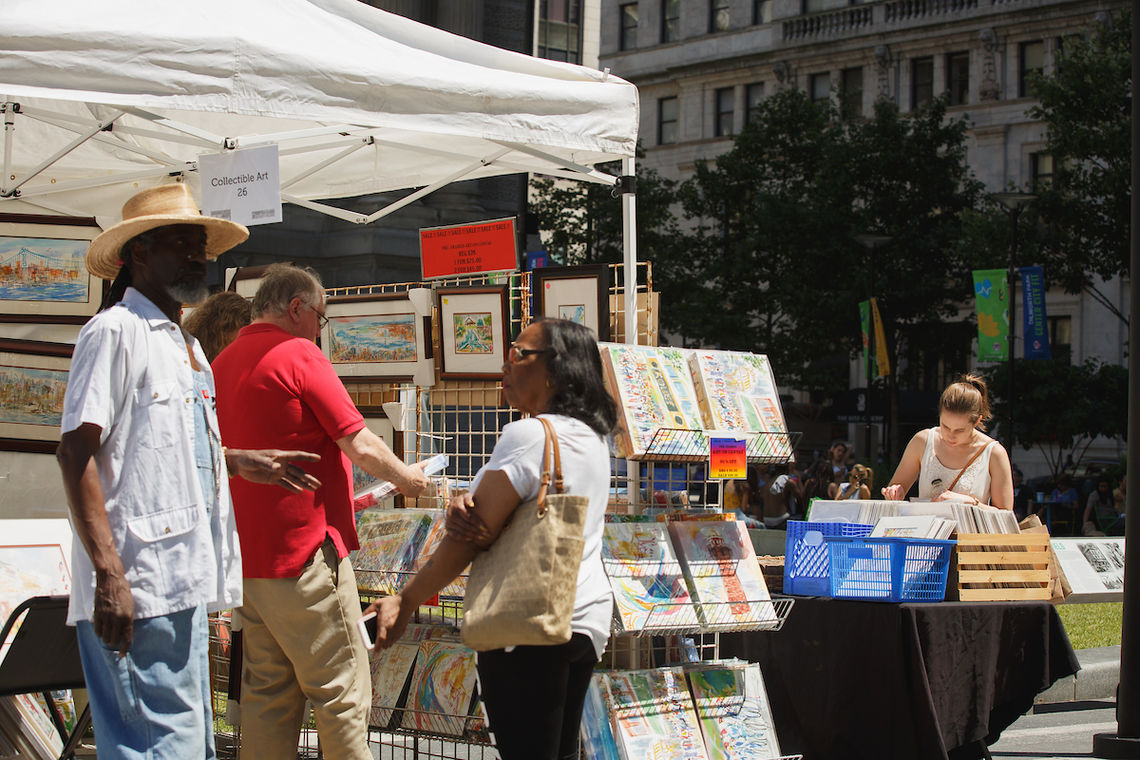 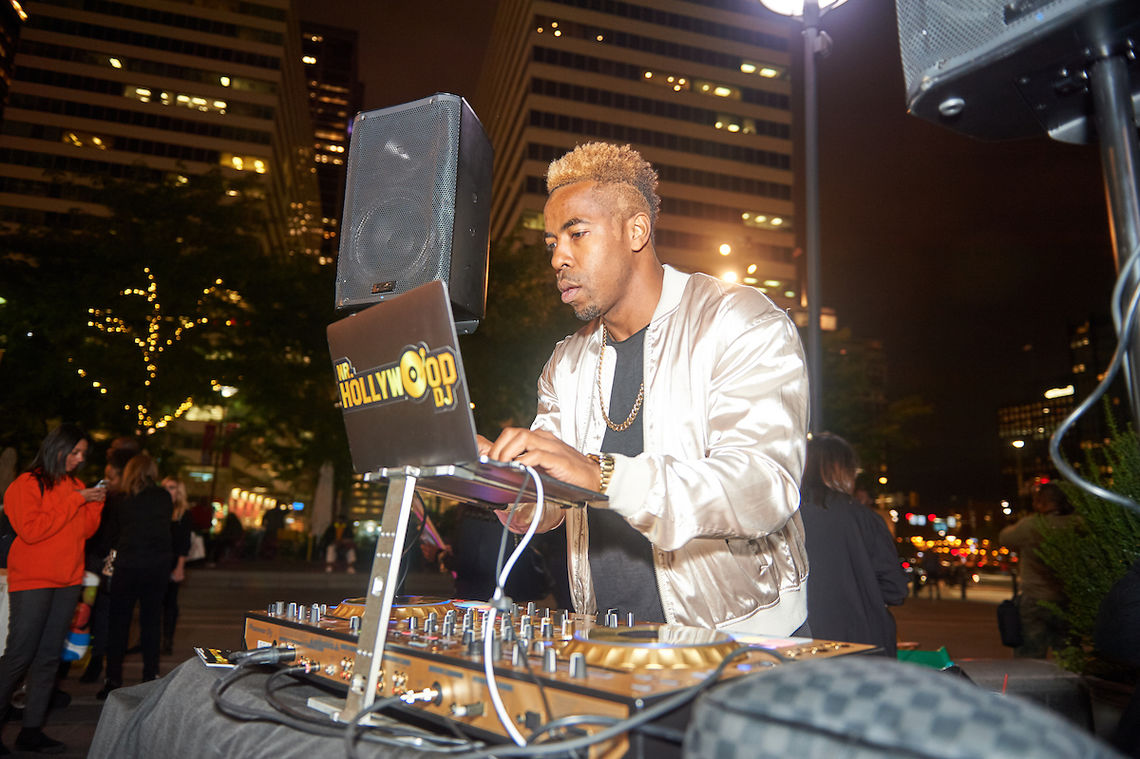 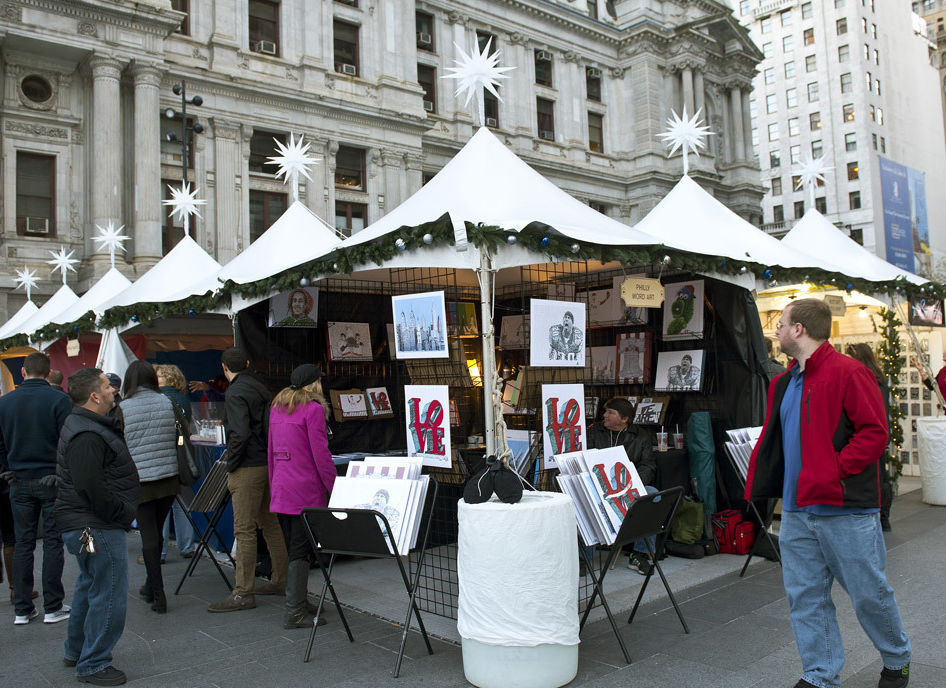 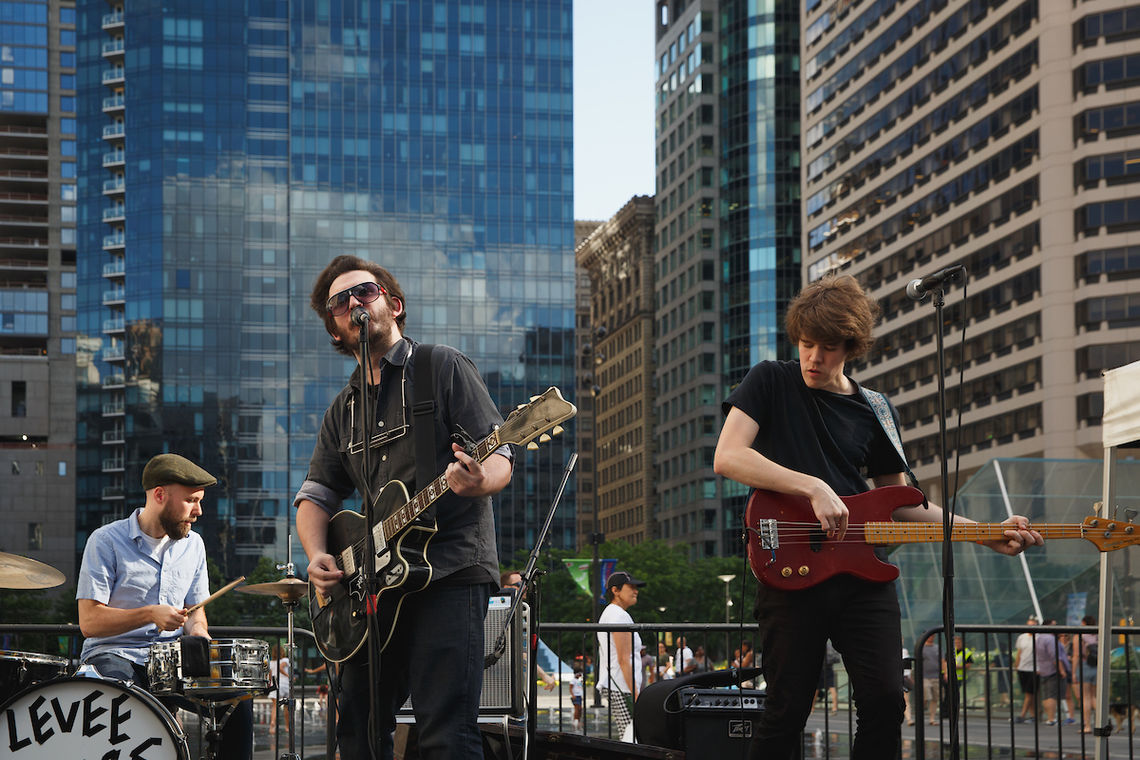